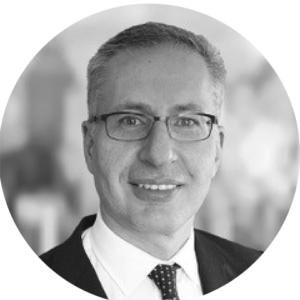 Walter Heindl is an angel investor and consultant, primarily focuses on Life Sciences, who also gets deeply involved in operational matters. Before his full-time engagement in the Life Sciences he spent almost 25 years in global Investment Banking / Capital Markets, of which 14 years as Managing Director. His most recent role was CEO of the post-Brexit EU entity of Nomura in Frankfurt / Germany, Country Head of Germany & Austria (spanning Fixed Income, Equities, Investment Banking, and all Support & Control functions), and Vice Chairman of Nomura’s German Asset Management business.

Prior to his role in Frankfurt he was the Global Head of Wholesale Strategy for Nomura  (i.e. the global Investment Bank), based out of the firm’s global headquarters in Tokyo / Japan. The scope of this role was very broad, including the development of long-term strategic plans, country and product strategies, market and competitor analyses, acquisitions/JVs/alliances, etc. He managed a global team of strategists across Tokyo, Hong Kong, Mumbai, London, and New York.

Walter joined Nomura in 2008 through the acquisition of Lehman Brothers Asia, and was part of the senior executive team which negotiated and closed the historic sale of Lehman Brothers’ international businesses to Nomura. At Lehman Brothers he held two roles, on one hand Head of APAC Strategy, and on the other hand CAO for Asia Ex-Japan. In his latter responsibility he oversaw all Support & Control functions outside of Japan and Korea, with approximately 500 staff across 6 offices, and covering areas like Product & Financial Control, Tax, Market & Credit Risk Management, Information Technology, Operations, Compliance, Legal, and Human Resources. Earlier roles included Strategy Consulting at Booz Allen & Hamilton (Senior Engagement Manager & member of the Financial Services group) and Corporate Banking at Citibank in London.